On Saturday 1st we boarded the high speed ferry from Montevideo to Buenos Aires and thereby drew to a close a wonderful, varied and relaxing couple of weeks in Uruguay. From the Puerto Mercado to Cabo Polonio we felt that despite only being in the country for a couple of weeks we achieved a lot.

As with our Brazil entry we wanted to wrap up our time here with a quick post highlighting some general observations around the country and what we got up to.

Uruguay is quiet. If / when sheep attain a collective consciousness then make a hasty exit because they outnumber humans 3 to 1. It is ranked 198 out of 244 countries in terms of population density with half that population living in Montevideo. Even in Montevideo itself the old town was eerily quiet particularly at the weekend – maybe, like us, everyone was in the Puerto Mercado gorging themselves on beef and wine. On the road we were often the only car. (I will confess that with a mile of straight empty road ahead of me I may of at times gone a little over the speed limit, no mean feat bearing in mind our rental car was a rattly little Suzuki that audibly groaned when it saw how much luggage we were carrying.)

Given our advancing years and inability to go out in the evening we appreciated Uruguay’s laidback, quiet style. There was something innately relaxing about being somewhere with so few people. The fact we traveled out of season helped as by all accounts the coastline swells with Argentinians and Brazilians come the summer months (December to February). This was no better reflected than in Cabo Polonio which felt like an extrapolation of the country’s serenity and peacefulness. 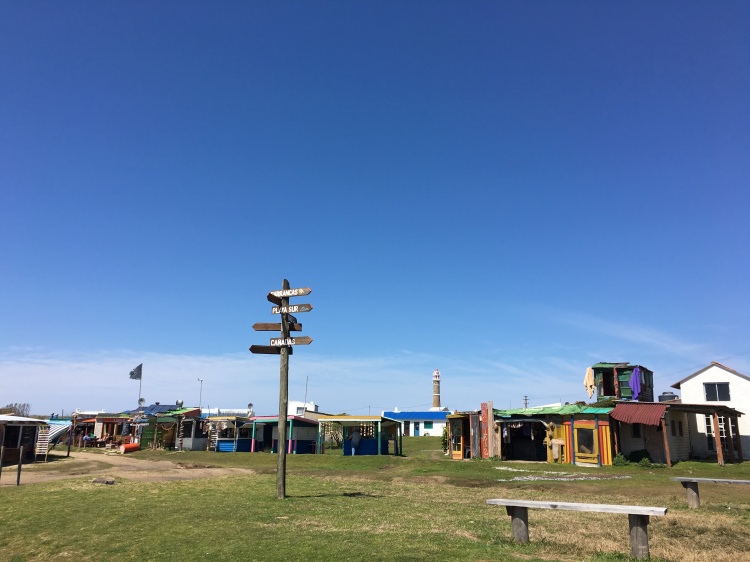 Never have I been so happy to go from not speaking a word of Portuguese to not speaking a word of Spanish. On our first night in  Montevideo we did what any self respecting backpacking family would do and went out to buy some crayons. Watching Claire dust her Spanish off and not only ask for crayons but negotiate a discount (there was one missing) was a delight to behold. After 6 weeks of Portuguese we (Claire that is, I still have a way to go) were finally able to interact like civilised human beings with the local population. Since then Claire’s Spanish has continued to improve and she remains very much in charge of wanderlust and baby PR. And as always I remain that guy lurking with the baby in the sling muttering gracias and looking slightly baffled.

As an aside both of us are working our way through the Michel Thomas Learn Spanish Fast and Easy audio course. Claire as a refresher and me so I can get to grips with some of the basics. We would both thoroughly recommend his teaching style which is unique in language learning. Also Michel Thomas himself was somewhat of a legend – read his Wikipedia entry here.

As I said above we enjoyed a very varied couple of weeks in Uruguay. On top of the highlights of Cabo Polonio and the Puerto Mercado there were also a couple of real hidden gems which we did not initially plan for.

For the first we must give credit to a great family we met up with in our first week in Montevideo. Thanks to mutual friends we were put in touch with Paul and Emma who with their two children are based in Montevideo for the next 3 years. On their recommendation during our second week in the country we all drove out to the sleepy village of Jose Ignacio where we enjoyed Sunday lunch at the renowned La Huella restaurant. Perched right on the beach this rustic yet refined restaurant served up some amazing dishes and all at an incredibly reasonable price. Word has it that it’s the place to go for Argentinian celebrity spotting but we were all too face down in fish, lamb, octopus and cheese to notice. 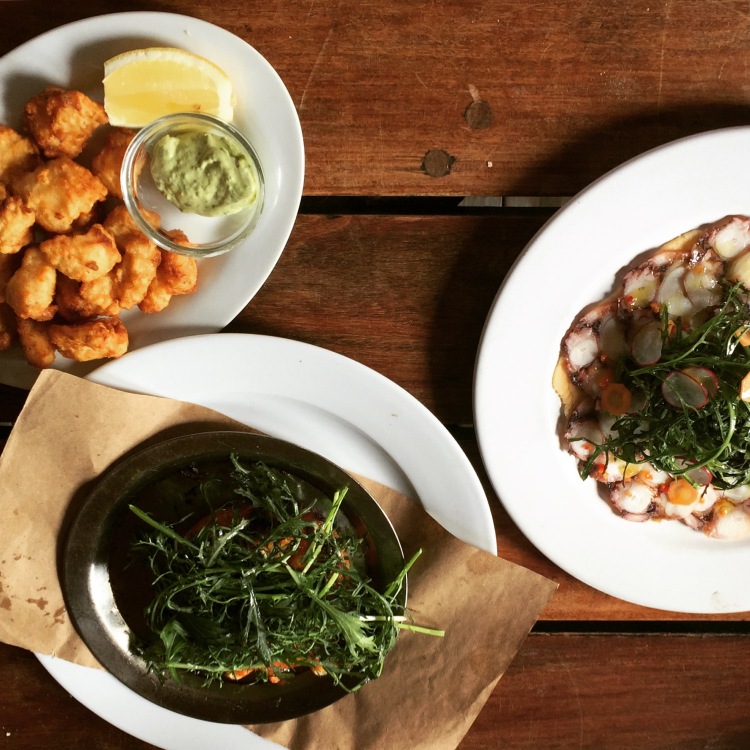 The second hidden gem was in the small town of Punta Ballena. This town is dominated by the spectacular home, studio and now museum and hotel of famous Uruguayan artist Carlos Paez Vilaro. The house (called Casapueblo) was built entirely by hand over a period of 36 years and (much to my dismay) contains absolutely no right angles. It is a sprawling, wonderful place containing many works by the artist including paintings, sculptures and murals. In the museum we watched a film about his life, narrated in a hypnotic and poetic style by the man himself. To say the least he lived life to the full, travelling to wild corners of the earth, undertaking commissions for leading global figures and creating vast murals in places such as USA, Chad, Gabon, Brazil and Chile. In 1972 his son was involved in an infamous air crash (documented in the film Alive) in the Andes, surviving for over 2 months before being found by a search team that his father had joined. After a long and distinguished life and career Vilaro died at Casapueblo in 2014 aged 90. We arrived not knowing anything about the man but left with a real affection for his work and a sense of amazement at the life he lead. 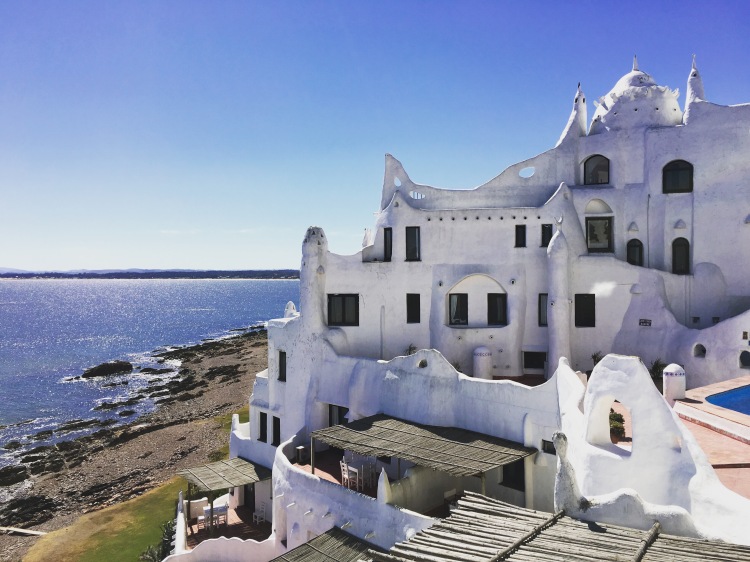 The Sun Is Hot

With a sub title like that no one can claim this blog isn’t insightful but all I will say here is that just because it’s out of season and the weather app tells you it’s only 20 degrees doesn’t mean the sun won’t burn you. All 3 of us came back from Cabo Polonio looking like tomatoes and my t-shirt tan has gone from strong to astounding. As Baz Lurhmann once said Wear Sunscreen.

On a related note Montevideo seemed to be disproportionately sensitive to changes in the weather. When we arrived it was grey and overcast and the Rambla (the winding road that runs the length of the city’s coast line) genuinely looked like a weird cross between Margate and the Soviet Union. A few days later when the sun came out suddenly the tower blocks were glinting, the sea turned a lovely blue hue and the spattering of hardy joggers turned into flocks (by Uruguay standards) of smiling, Montevideo-ans. Beyond the Rambla the city as a whole came alive in the warmer weather – if you’re thinking of visiting the country then you may want to consider this seasonal impact (and weigh if off against the tranquility that an out of season trip offers). 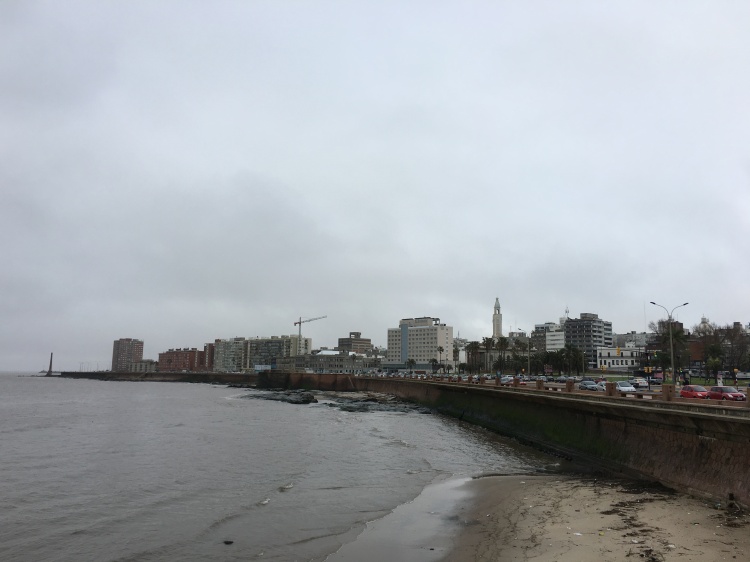 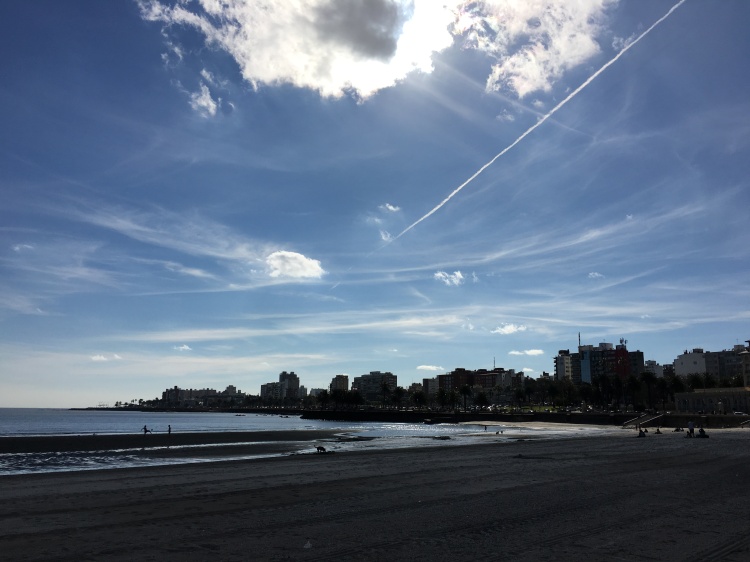 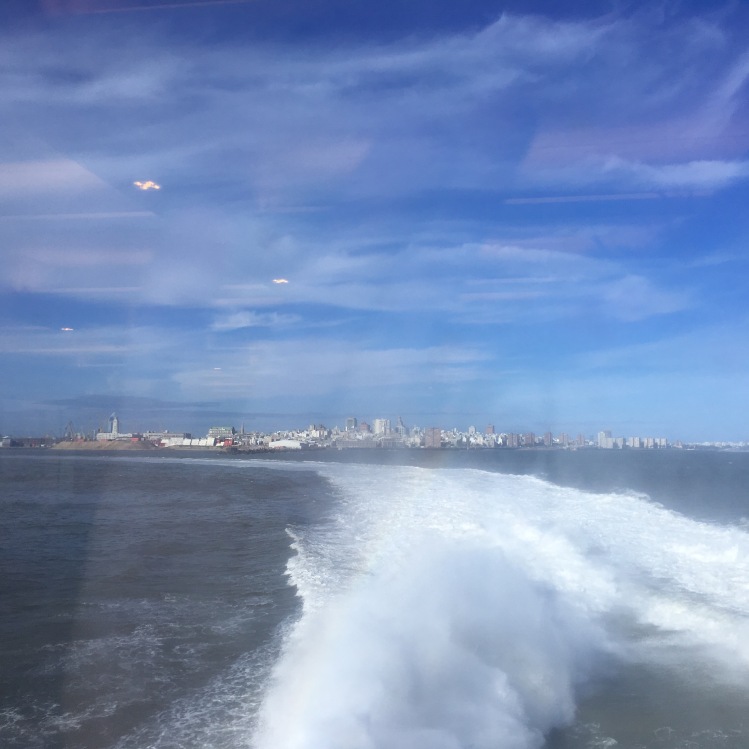 Saying goodbye to Uruguay on the boat to Buenos Aires

6 thoughts on “Who could have beef with Uruguay?”