It was the early hours of Sunday morning and the mockingbird soared high above the Rio de La Plata. From that vantage point it looked like the continent itself was trying to swallow the ocean. Mouth wide open, the upper lip the coast of Uruguay, the lower lip Argentina’s eastern flank. As the mouth of the river narrowed, the bird, like many of the people below, felt the magnetic pull of the city that appeared down to its left. Looking from up high the lights of Buenos Aires stretched out along the coast and far inland, like a patchwork of tiny bonfires. The grids of light were occasionally interrupted by darkness where the city’s green spaces breathed air into the congested centre. Vast avenues that cut through the patchwork of roads were dotted with occasional traffic, mainly yellow and black taxis, straddling eight, nine, sometimes ten lanes. 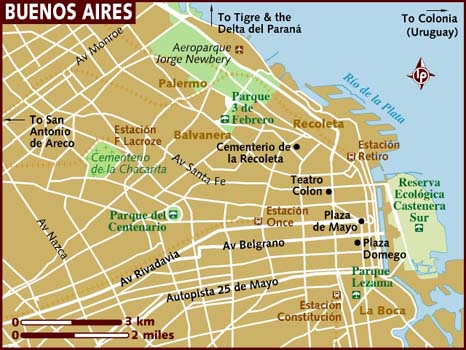 The mockingbird descended towards Recoleta, drawn towards the network of high rise apartment blocks. Even at this late hour many lights were on and the sounds of laughter and music mixed with car horns and traffic to create the distinctive noise of a night not yet ready to end. In the north of Recoleta the mockingbird saw the cemetery, a town within a town filled with elaborate resting places for Argentina’s famous dead. Here an eery silence pervaded, in stark contrast to the bustle of the surrounding area. As the sun began to rise in the east the mockingbird perched on one of the Victorian street lights and enjoyed the quiet. 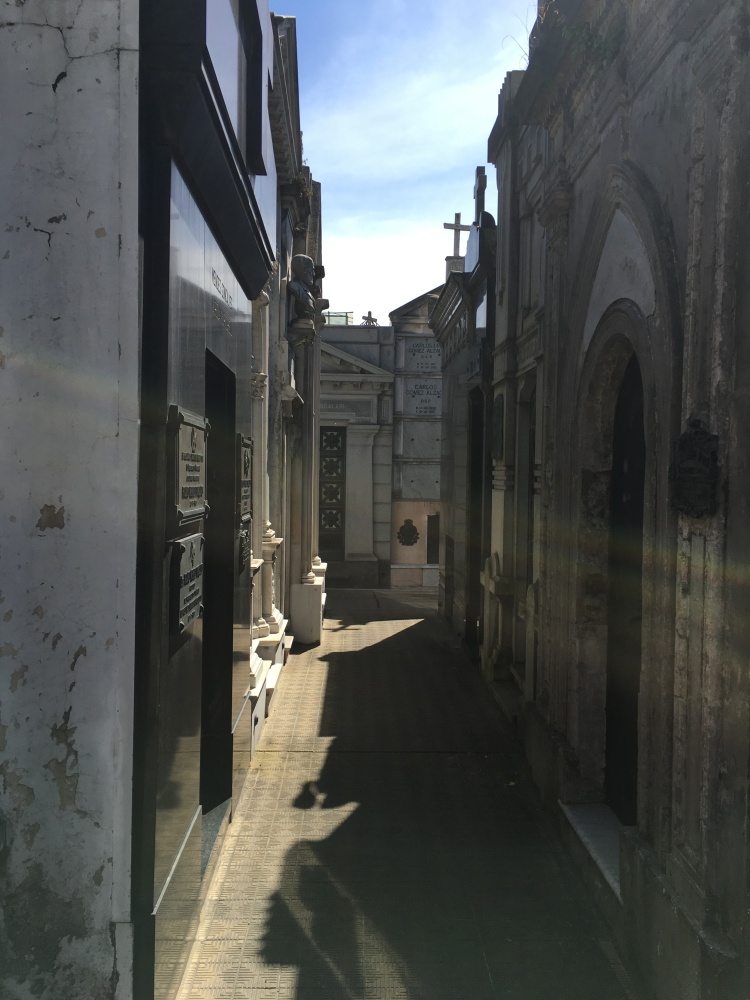 With renewed vigour the mockingbird ended its vigil in the cemetery and flew north west towards the green spaces of Palermo. The beauty and tranquility of the Japanese Gardens came into view and as the bird rested on a red wooden bridge over a small pond it saw koi meandering in the water below searching for breakfast. Further into Palermo the mockingbird passed through El Rosedal and mingled momentarily with the bees that busied themselves among the array of red, yellow and white roses. Here the bird was accompanied by a handful of runners enjoying the peacefulness of the parks before the city fully woke.

Afterward it was a short journey to Barrio Chino where for just a few streets Chinese restaurants and shops clustered together in a compact, colourful community. Now in the northern sector of the city the mockingbird retraced its route back over Palermo and Recoleta, heading south east towards the city’s Mircrocentro. The bird swooped lower as it approached the vast Avenida de 9 Julio which ran like an artery down the eastern side of the city. Here an increasing number of cars jostled for position as they approached the dominant shape of the Obelisco de Buenos Aires which rose proudly into the blue skies. The mockingbird passed the renowned Teatro Colon, for now the unparalleled acoustics at rest until the evening’s opera. Further on came the pedestrianised street of Florida where black market currency dealers chirped their own morning chorus, “cambio, cambio, cambio”. Soon enough the mockingbird was joined by many more birds in the central landmark of the city, the great Plaza de Mayo. Here grand European architecture sat incongruously alongside protest banners while pigeons patrolled the sky and early risers cross crossed the space on their way to their Sunday morning engagements. 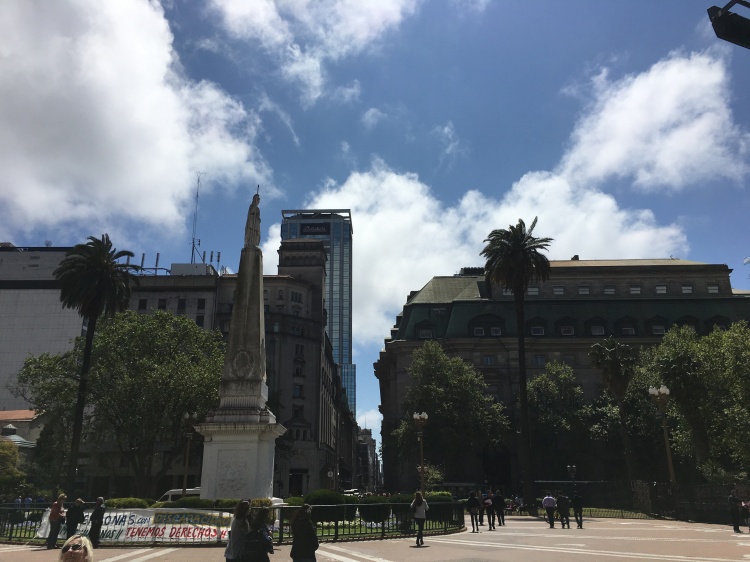 From Plaza de Mayo the mockingbird continued southward and observed as the elegant classical buildings of the Microcentro were slowly replaced by the faded colonial mansions of San Telmo. All the way along the narrow street of Defensa, in the shadow of these mansions, market traders opened their stalls selling crafts, antiques and clothes. Eventually the road spilled out on to Plaza Dorrego where the sounds of music and chatter mingled with the smells of the open parillas cooking chorizo in anticipation of the lunch time trade. In one corner of the square a makeshift dance floor provided the stage for a couple to woo onlookers with the distinctive moves of tango.

Now at the outer reaches of San Telmo the mockingbird changed tack and flew eastward back towards the sea. Here it came to Puerto Madero where huge rusting relics of the old port reminded visitors of a bygone age sitting as they did alongside new cafes and restaurants borne out of the port’s redevelopment.

The midday sun bathed the mockingbird and all those below it in a warm October glow, the city enjoying the onset of spring and the promise of a long summer. The bird turned southward now heading towards the city’s outer boundary and the district of La Boca. The football stadium, the famous La Bombonera, dominated the skyline, its concrete walls daubed in the teams colours of yellow and blue. Although there was no match until the evening fans still encircled the stadium, paying homage to its history, affirming its importance, the place where Maradona had ended his football playing career. Just a few blocks south from the stadium was the Caminito, a diagonal street and open air museum filled with colourful houses representing the former dwellings of 19th century immigrants. The mockingbird settled on a window pane and observed tango dancers, singers and street hawkers plying their trades to the numerous tourists. Meanwhile just a couple of blocks away the locals of this working class neighbourhood continued their day.

From here the mockingbird again turned eastward towards the river, drawn by the swells of the ocean beyond. Soon the song of Buenos Aires as told through tango, car horns and laughter was a distant murmur and the city had shrunk to a mere point on the horizon. The mockingbird would continue its own journey while the residents and visitors of this dynamic, vibrant city continued theirs.
Advertisement